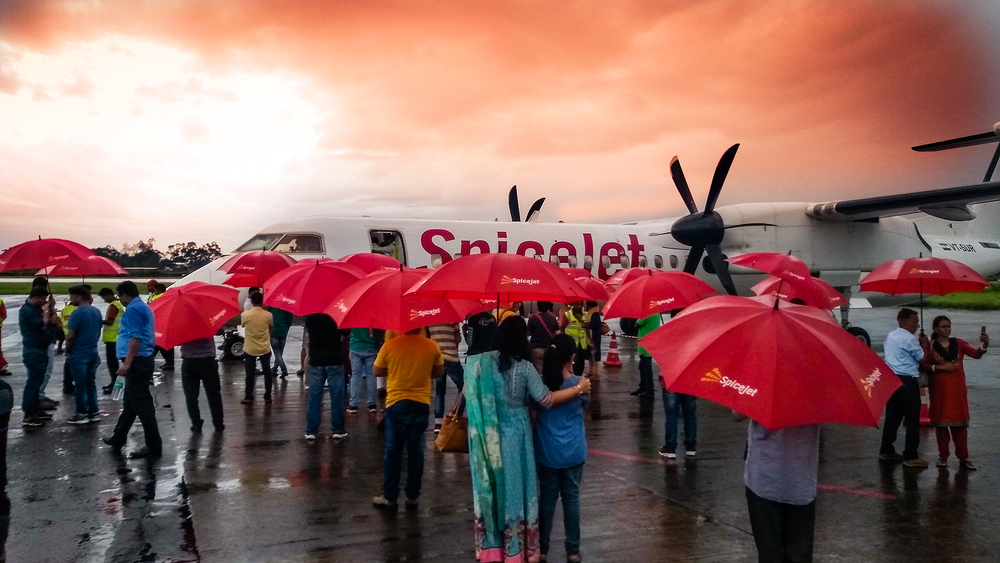 Stranded for hours - all due to protocol

This happened at a small airport where you have to walk from the terminal to board the aircraft. It turns out there there was a technical documentation error by the staff and the flight cant take off.

Due to security protocol, passengers once leaving the departure building are not allowed to get back. It was the last flight of the day and things were closed. To get passengers back to the building protocol approvals are needed, and most officials had already packed their bags for the day.

We could not stay inside the aircraft as the AC was turned off. This airport does not have a ground power supply, or at least not for this.

And it started to rain. So, we got a lot of colorful umbrellas which was the only opportunity to click some photos.

It turns out that an airline employee did the documentation error of making a strike-through when running the safety checklist. Strike-through and over-writing is not allowed. To get around that, apparently, you need approval from several high-ups who sit at head offices in other parts of the country.

It got dark and after several hours, approval came through and we took off.

Yikes, not a fun way to spend a hot afternoon / evening but a good photo for the memory.