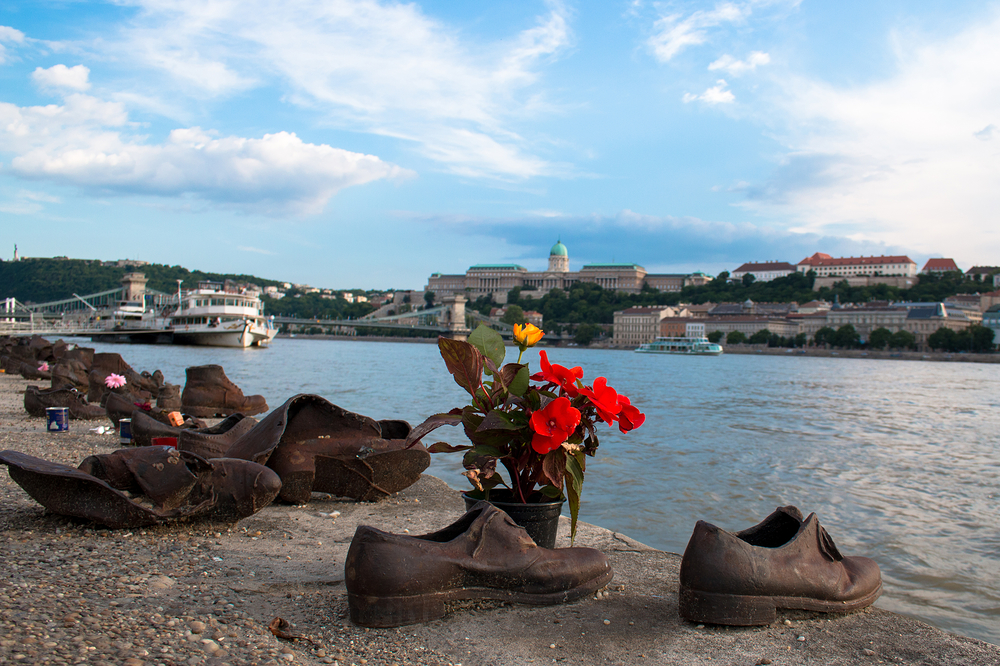 Shoes on the Danube Bank

From Shoes on the Danube Bank ...

"The Shoes on the Danube Bank is a memorial in Budapest, Hungary. Conceived by film director Can Togay, he created it on the east bank of the Danube River with sculptor Gyula Pauer [hu] to honour the Jews who were killed by fascist Arrow Cross militiamen in Budapest during World War II. They were ordered to take off their shoes, and were shot at the edge of the water so that their bodies fell into the river and were carried away. It represents their shoes left behind on the bank."

A very poignant image, and narrative, thank you. My cousins husband is originally from Budapest (1956) and his homeland is always is his thoughts now he is older.