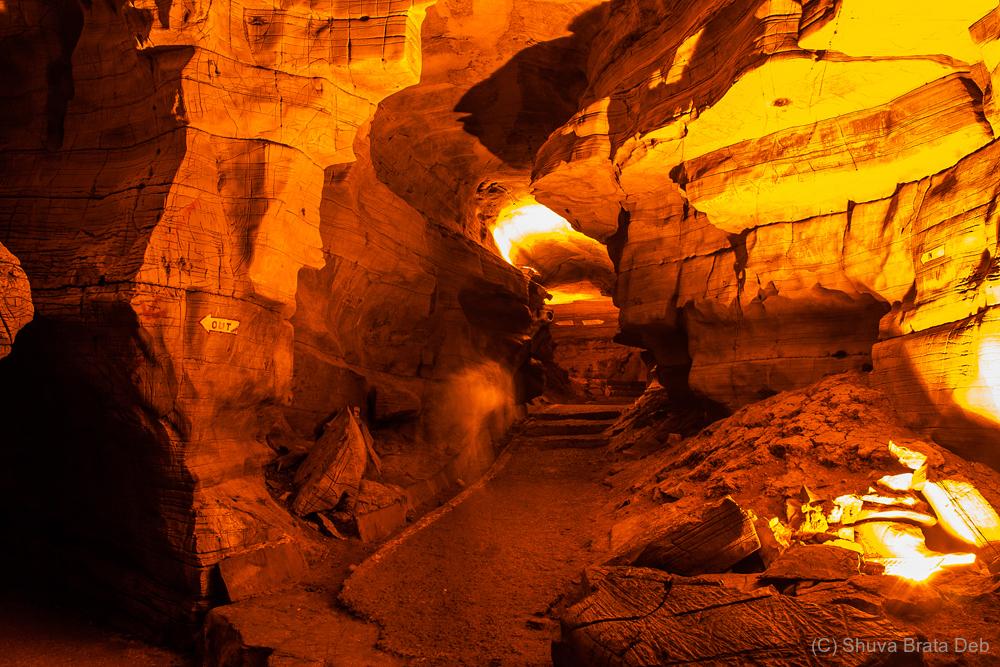 The tunnel inside the cave

Fact #5. A British explorer, Robert Bruce Foote, in 1884 first documented its discovery. Interestingly, it remained unnoticed for 100 years after that, till a German team did a detailed exploration in 1982. The team members are felicitated on a stone at the entrance of the caves.