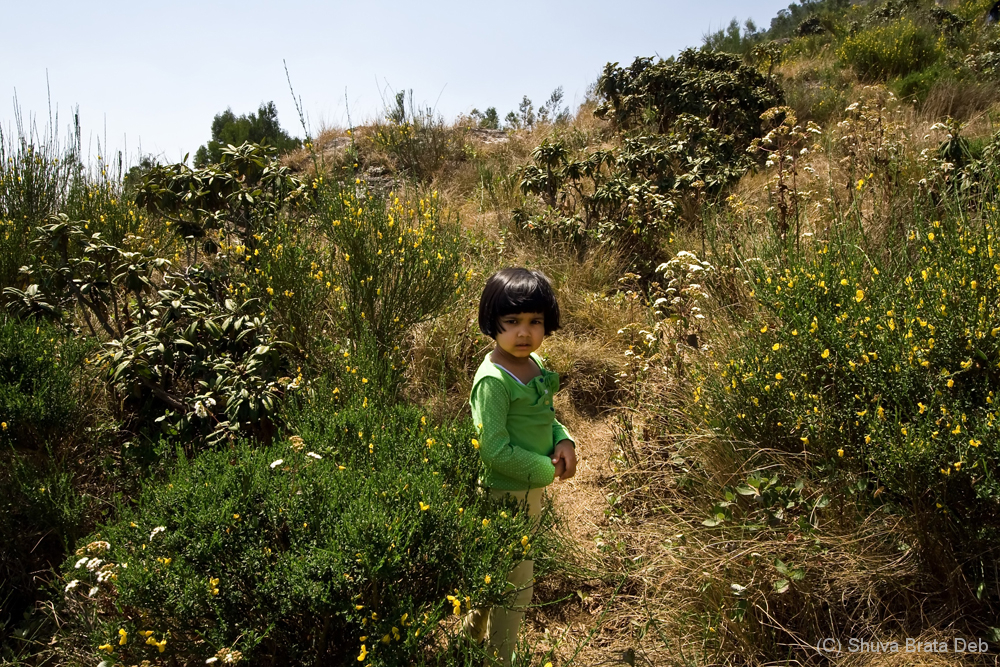 Trekking up the hill

This is on our way up to the hill which gave a refreshing view of Lake Emerald, near Ooty. The trek was a total of 3 hours up and down and was Tisha's first such extreme trek. I was impressed that she managed to do it. Several adults accompanying were panting and Tisha was able to keep up impressively.