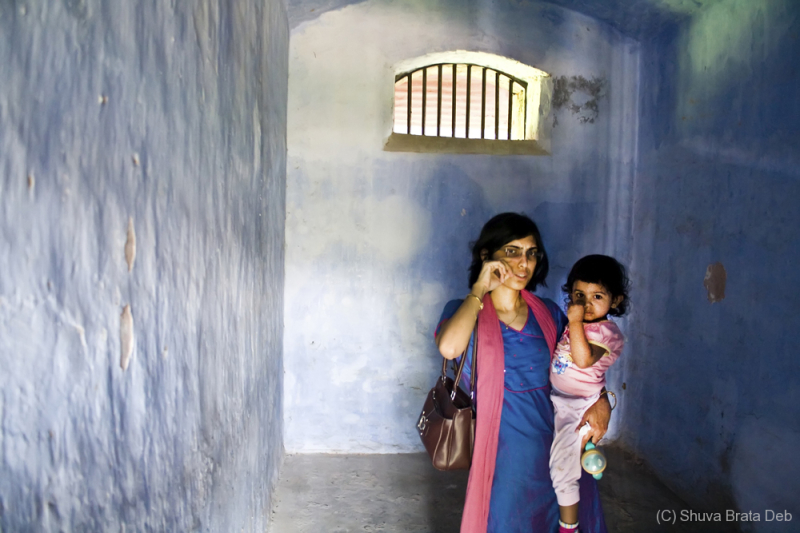 Inside a cell, Cellular Jail, Andaman

This is Lipika and Tisha inside one of the cells in the Andaman Cellular Jail as tourists.

This Jail is infamous in Indian freedom struggle as it witnessed some of the grave atrocities committed against the Indian freedom fighters during the British colonial rule. See more at wikipedia.

My wife was born in one of the cells, not because my in-laws were captives but because a section of this massive jail was converted to a Government hospital post Independence. The hospital still exists today.

This sounds like the image started out as just a snap shot, but turned into a well composed and beautiful image. Well done.