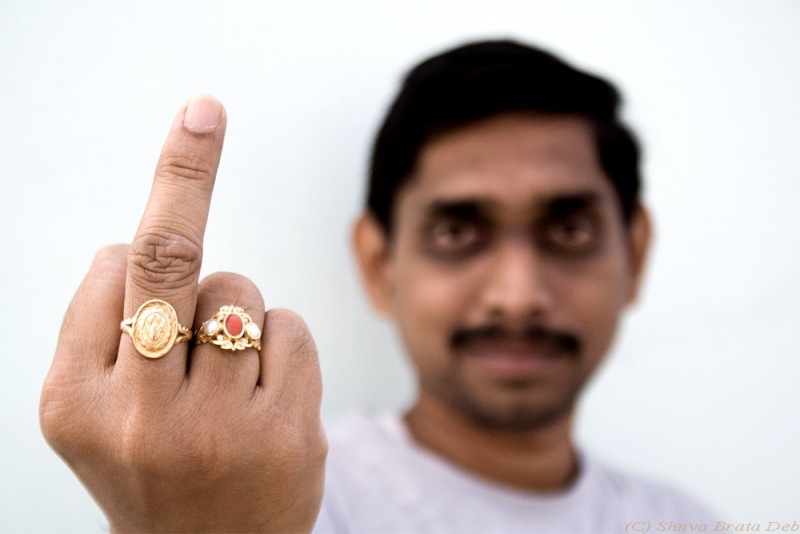 This is Suresh. Contrary to what one may think of his personality from this picture, he is actually a very sober and very soft spoken person.

It is told that the origin of this gesture came from the French when they used to cut off the middle finger of captured British soldiers of war, so that they wont be able to draw their bows ever again. This action of pulling the arrow and shooting was called "Pluck yew "---the action of the release of the middle finger. They would stick up their middle fingers at them and yell "PLUCK YOU!" which literally was gesturing that you would shoot him with the arrow by releasing your middle finger. Later over the years this began to take the meaning of a more intimate insulting gesture it is commonly used today.

this is becoming a Shuva standard!

Love the focus on the hand with the off-center framing. Your recent work colleague shots have been excellent.