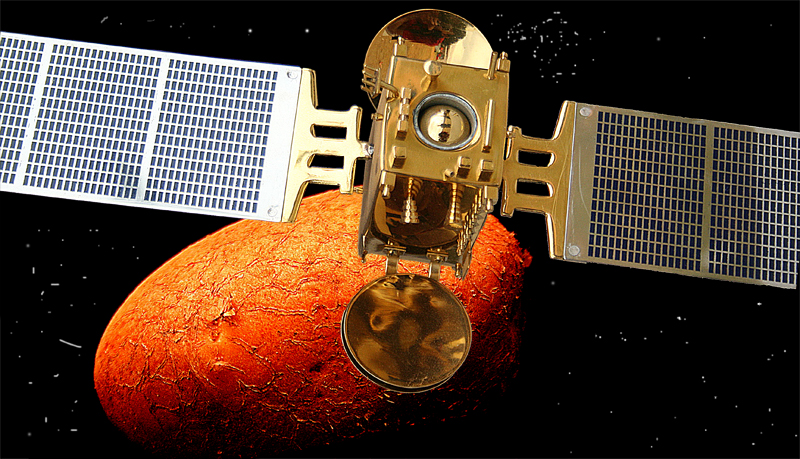 I discovered a new planet while I was travelling on my home-made space vehicle the other weekend. The strange thing is that this is the only planet which is not spherical. The reason being, some strange activity going on inside its core. I named the planet Aminus-3. I did not get time to analyse the terabytes of data that got collected. So thats it from here.

But before this planet and my vehicle was born, there existed two images: one was a 3 inches wide potato shot and the other a 4 inches wide prototype of INSAT-3E at the ISRO exhibition stall at Parade grounds.

I think India has a new space program with their flagship rocket "Spud-nik"
Great work!!

Mage me burst out laughing :)

Its really a good one.

you becoming master in photo shop.

I like the way you do your thing without making a BIG deal about it. You Do it coz you LOVE it.
Amazing. We need more of YOU to get this place cleaned up !!!

I think i've seen this place.. shuva. I will stop by your planet this sunday 3pm. I hope its ok with you..
btw nice work on this image.

This image has been featured in 1 Remix collection.